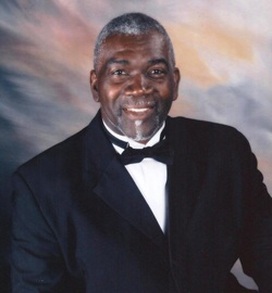 Apostle Willie J. Inman D. D.
Apostle Willie J. Inman was born in 1957 in Adel, Georgia. He is the senior pastor and founder of Mt. Sinai Covenant Church in East Dublin, Georgia. Apostle Inman’s ministry began in 1983 as he began as a Deacon and moving through the ranks of Minister, Elder, Presiding Elder, Pastor, Bishop, and Apostle. Vision, purpose, prayer and the pursuit of excellence describes Apostle Willie J. Inman. As a pastor, Apostle Inman has committed himself to seeing unbelievers become believers and believers come to maturity in Christ. Apostle Inman’s ministry is based on prayer and faith in God. His message is one of hope and deliverance. He operates extensively in the gifts of the spirit, especially in the prophetic gifts along with the power gift of casting out demonic forces. He believes that those who pray can expect a miracle.

Apostle Inman’s love for the Lord, coupled with his desire to build Christ’s Kingdom, has propelled him into many areas of ministry. He has consistently fulfilled the needs of both the church and the community through his philosophy of ministry, providing services and constant support, while emphasizing the importance of personal development, family and finances balanced with a wholesome spiritual life. In the midst of trouble in today’s world, Apostle Inman’s walk with God is clear evidence that nothing replaces Jesus Christ as, “the center of his joy”. His commitment to the church has remained constant throughout.

Apostle Inman served in the United States Army for four years and continued in the Department of Defense Civil Service until his retirement from thirty years of dedicated service in 2013. He holds a Doctorate of Divinity degree from Sound Doctrine Bible Seminary and he also holds a Bachelor of Arts in Business Administration degree.

Apostle Inman’s vision for the 21st century and beyond is to evangelize the world for Jesus Christ; to equip every believer to become true disciples of Jesus Christ; and to engage those social problems that challenge the communities we have been called to serve. Being a man of action, he partnered with Kingdom Purpose Tv & Radio in early 2022 to bring eight shows to their networks. Shortly after Revival Fire, Mt. Sinai's Sunday Worship Service, aired it propelled The Mount to Broadcasting Partner.

Apostle Inman is a true Ambassador for Christ. He is wholly committed to his calling and serves his God by serving His people. He, in every aspect of his life, sets the example to his congregation through his blessed relationship with his wife Shera and their four children, Joseph, Kimberly, Ericka, and Willie Jr. The church is both honored and blessed to be led by this highly anointed and uniquely gifted man of God.
Prayer Is The Key And Your Faith Unlocks Every Door For You!
Mt. Sinai Covenant Church With God, Inc.